The uses and side effects of omeprazole are discussed in this article. This prescription acid-reflux medicine may be taken before or after meals to relieve the discomfort caused by acid reflux. However, taking the medication for long periods of time increases the risk of serious side effects. One of these side effects is enterochromaffin-like cell hyperplasia, which may lead to atrophic gastritis. 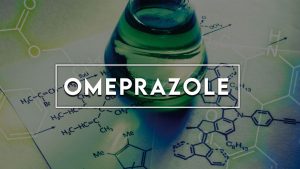 A new study shows that taking omeprazole before meals increase acid secretion. The researchers measured intragastric pH from 5 PM to 6:30 AM. Before the study, the subjects consumed 200 mL of a standardized carbonated soft drink with a pH of 1.5. The pH probe was placed at a spot on the lower esophageal sphincter, 10 cm below the proximal border.

Some studies have shown that omeprazole may increase the risk of clostridium-associated diarrhea. This drug can also inhibit the absorption of certain drugs that require a specific gastric pH. It also may interact with drugs metabolized through the cytochrome P450 pathway. It may also interact with other drugs, including some cancer treatments. It is important to consult your doctor before taking omeprazole.

This drug is often prescribed to treat heartburn, indigestion, and ulcers. It works by blocking the H+/K+ ATPase, an enzyme in the stomach wall. It also reduces stomach acid production and decreases the risk of developing new ulcers. Taking omeprazole before meals can help people with frequent heartburn. But it can also have some risks if used for long periods.

Continual use of Omeprazole Raises Risk of Serious Side Effects

The drug is prescribed to treat gastric, duodenal, and esophageal ulcers. It is also used to treat stomach infections caused by Helicobacter pylori. While this drug can relieve the symptoms of acid reflux, it can also cause serious side effects. In addition to its potential for side effects, omeprazole can also increase the risk of serious diarrhea. Patients should therefore discuss their treatment with their doctor to determine the best course of action.

Although omeprazole is safe to take with most drugs, it is best to consult a healthcare professional before starting a new medication. If you are taking a diuretic, your healthcare professional may want to closely monitor your treatment and adjust your dosage. You should also take omeprazole at the prescribed time each day. You should never skip a dose; it’s important to get the full benefits.

A recent study published in the journal Gut found that taking omeprazole before meals increased the risk of enterochromaffin-like cell polyplasia (ECPH). The study used a prospective cohort design to examine the association between omeprazole and ECPH. In this study, participants who were healthy and had no history of ECPH had higher BAO after omeprazole than those who were not. The results of the study have important clinical implications.

The study analyzed data from 99% of pregnancies. In one study, omeprazole was taken by 955 pregnant women. Eighty-four percent of the women used the drug during the first trimester, while 131 were exposed after the first trimester. The study also found a link between omeprazole and a higher risk of malformations, low birth weight, and ventricular septal defects. Among the 132 subjects who were exposed to omeprazole before eating, ten percent were affected by EE.

Taking Omeprazole after Eating Increases the Risk of Atrophic Gastritis

Most omeprazole packages indicate that the drug should be taken at least half an hour before a meal. This is important because many drugs and foods can stimulate the stomach lining and increase stomach acid production. Taking omeprazole before eating can reduce the impact of the food on the stomach’s pH levels. However, it may increase the risk of atrophic gastritis if taken after meals.

The drug is metabolized extensively by the cytochrome P450 enzyme system. A major part of this metabolite is hydroxyomeprazole. The remaining part is metabolized by the CYP3A4 isoform. When used long-term, omeprazole may increase the risk of atrophic gastritis and may even lead to weight gain. This may be due to the increased appetite caused by better control of symptoms.