Lasix is produced by Sanofi-Aventis, it contains furosemide. It is being used for the indication and treatment of cardiac failure, chronic renal failure, nephrotic syndrome, hypertension, and forced diuresis. Furosemide actually reduces extra fluids in our body, which causes heart failure. It also reduces blood pressure and prevents strokes. After using furosemide it can cause urination, through which you can get rid of extra salty water.

Acute renal failure, including that due to pregnancy or burns

Liver disease if necessary to supplement treatment with aldosterone antagonists

Initially, the dosage should be the lowest to achieve the desired effect but it can be increased after medical examination. The composition of furosemide is in three forms, 20mg and 40mg tablets for oral use while 2ml injection is for intravenously. Lasix should be taken on an empty stomach and swallowed without chewing with some warm water.

For adults, the maximum dosage within 24 hours of furosemide is 1500mg.

On the other side to treat children you need to administer furosemide in relation to body weight. Oral administration for children is 2mg/kg body weight. The maximum dose within 24 hours should be less than 40mg.

Do not use furosemide in the following conditions

Patients who are hypersensitivity to furosemide

Patients who are allergic to sulphonamide antibiotics or sulfonylureas

Patients with pre-comatose and comatose states associated with hepatic encephalopathy

In patients with latent or manifest diabetes mellitus

In patients with gout

Side Effects of Lasix Furosemide

Very common: Electrolyte disturbances include dehydration, while in elder patients it can cause blood creatinine and triglyceride increased

Not known: Exacerbation and activation of systemic lupus erythematosus

Not known: Dizziness, fainting, or headache

Not Known: Cases of rhabdomyolysis have been reported

Not known: Increased risk of persistence of patent ductus arterosus

Not known: Intramuscular injection such as pain

It actually crosses the placental barrier; therefore do not use furosemide in pregnancy. Consult your physician before taking Lasix in pregnancy.

Lactation: Furosemide passes into breast milk, therefore do not breast-feed while taking furosemide. 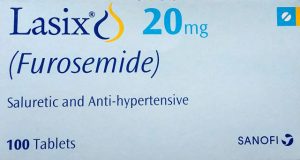 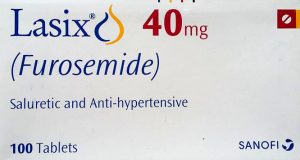 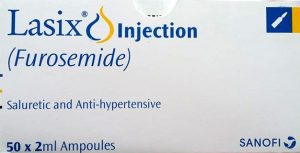